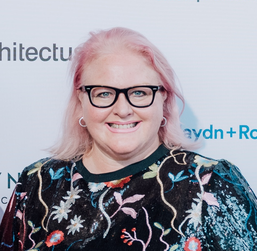 ​​I relate with, and understand, people both one to one and to large audiences. It is the enduring gift I have received from my 30 years of experience working with people and brands within the corporate and public sector.

​I have developed the art and science of communicating both in person or on any platform with exceptional results.

Since 2018 through to current time I have developed the strategy, led and executed integrated communications, marketing, brand, channels and content for New Zealand's urban regeneration agency.

I have advised businesses, corporate affairs, marketing, digital and social media teams, business owners, board members and more on how to connect and what to expect in new technology, particularly video and voice!
​
​​I have  had over 20 years of experience in the Digital Marketing & Social Media world launching Monster.com in New Zealand in 1997, (pre-Google).

I pioneered Social Media for Air New Zealand, establishing the Social Media channels from zero fans through to a 1.5 million community size with a Klout score of 89+, delivering brand awareness through to sales conversion. (This includes 5 languages Western & Eastern markets)

Under my leadership Air New Zealand was ranked in the top 5 Airlines for social media impact globally compared to its operational size of being the 45 largest Airline by fleet.

Air New Zealand was the leading brand in social media for the seven years I was Global Digital & Social Media Manager.

During my 7 years at Air New Zealand, I was invited to Google I/O in 2013 to present at the Google Sandbox amongst the first companies to build a site using G+ Social Sign in.  I developed the popular Social Media Breakfast series and brought leading key note speakers to New Zealand including;
Next up was Westpac where as Head of Digital & Social Media I spent 3 years unleashing digital and social media opportunities for both Westpac, its customers and partners.

In March 2018 I launched Giant Sisters a media company and a movement dedicated to phenomenal women's voices and stories in their own words. We launched on International Women's Day with a podcast show and now we have books and film in production.